Officials in New York City are struggling to find places to house the busloads of illegal immigrants being sent from Texas by Gov. Greg Abbott (R).

NYC officials have so far failed to open a Manhattan shelter that they had hoped to have up and running two weeks ago, which they had planned to use to take care of illegal immigrants bussed in from the southern border.

The Texas governor began bussing illegals from the border in an effort to force Democrat-run cities to face the realities of the border crisis and to alleviate the burden from small border towns. Rather than admitting that the Biden administration’s border policies, which Democrats have long advocated for, are causing a crisis, these cities have been attacking Abbott for his actions while also scrambling to provide assistance to the incoming illegal immigrants.

New York’s Department of Homeless Services told the New York Post that its initial plan to operate an intake and processing center for the illegals bussed in from Texas — which they had planned to establish next to a 600-room shelter at a hotel in Midtown — is no longer viable. The department went on to note that it had managed to choose a finalist to operate a facility in Manhattan, but did not mention the contractor’s name or where the facility will be located.

The department also admitted that it has not chosen nor rented any of the 5,000 hotel rooms it had planned to use to house illegal immigrants across New York City. While NYC officials are refusing to reveal how much the city will spend to house illegals in these luxury hotels, a study from the New York Post asserts that the price tag could be more than $300 million.

Meanwhile, officials are also having difficulty finding solutions for healthcare for the illegal immigrants, and also determining where to send their children to school, according to reporting from CBC.

Approximately 6,000 illegals — which includes many sent from Texas by Abbott — have sought shelter in New York City since May.

New York City Mayor Eric Adams (D) has been begging for help from the White House and the United States Conference of Mayors, but has not received any extra assistance to deal with the matter. The mayor has also begun a feud with the Texas governor over his actions amid his failed attempts to live up to New York City’s claims of being a “sanctuary city” for illegals.

Neha Sharma, a spokeswoman for New York’s Department of Homeless Services, told The New York Post that “we are working at an extraordinary speed to bring emergency capacity online while doing everything we can to comprehensively address the unique needs of recently arrived asylum seekers who are coming to us in their greatest hour of need.” 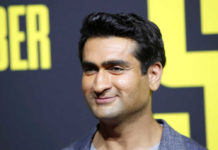