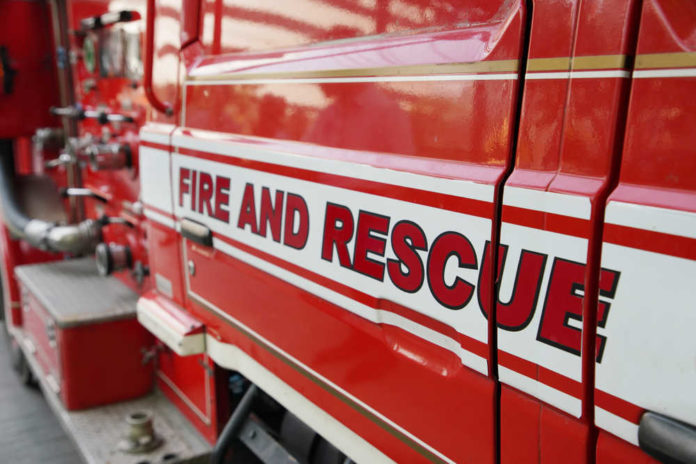 LaRue spoke with reporters Sunday at a community meeting at a rural elementary school outside of the small community of Weed near Mt. Shasta. He was not yet able to disclose the names or personal details of the victims as he asked for a moment of silence. He told the group gathered at the school that “there’s no easy way of putting it.”

The sheriff and other fire control officials had to attempt to reassure the community but could not tell anyone when they would be able to return to their homes or when power would be fully restored. As of Sunday afternoon, around 1,000 local residents remained under evacuation orders.

The fire that began raging out of control at the beginning of the holiday weekend had not expanded since Saturday morning. It has been designated as the “Mill Fire” among firefighting crews. The nearby “Mountain Fire” that crews had been previously battling did expand its footprint during the day on Sunday.

Weed city councilor Susan Tavalero said that the town was “eerily quiet” with power outages and smokey skies leaving an air of uncertainty covering the community. Weed has around 3,000 residents and is about 10 miles away from Mt. Shasta.

Weed Mayor Kim Greene addressed residents along with Tavalero on Sunday and said they were still hoping to get accurate details about how many homes have been lost in the fire. Fire officials could only report that 132 structures have been lost, and it is not clear whether that number includes homes, businesses, or other types of buildings.

The California Department of Forestry and Fire Protection reported that the Mill Fire was around 25% contained Sunday afternoon and was covering around 6.6 square miles.

In addition to the two fatalities reported Sunday, three other people were injured. At least one of the injured persons had been transported to the UC Davis Medical Center’s burn unit. No other details regarding the injuries were available.

Cal Fire Siskiyou Unit Chief Phil Anzo said that wildfires in the county have caused “lots of devastation” in recent years. The area, which is prone to high winds making fires much more dangerous, has seen three major wildfires since 2014. Recent extreme drought conditions have led to some of the most destructive fires in the history of California statehood.

Almost all of California is currently experiencing extreme heat, with temperatures expected to continue to exceed 100 degrees in Los Angeles and much of Southern California. Even hotter temperatures are raging in the Central Valley as far north as Sacramento.