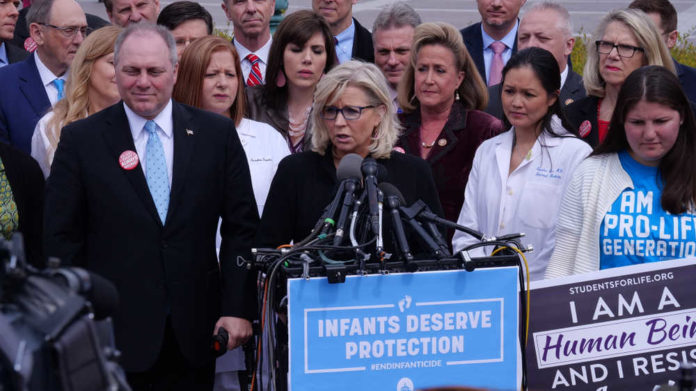 As the House Jan. 6 commission disbanded this week, it referred a handful of criminal charges against former President Donald Trump to the Department of Justice.

While the referral on its own carries no actual authority, many leftists and anti-Trump Republicans see the committee’s findings as further evidence of their belief that he incited an insurrection on Capitol Hill nearly two years ago.

"[T]he central cause of January 6th was one man, former President Donald Trump, who many others followed."

"None of the events of January 6th would have happened without him."

Meanwhile, Republican lawmakers are advancing their own evidence regarding the factors that led to the Jan. 6, 2021, riot in D.C. — including emails suggesting that the office of House Speaker Nancy Pelosi (D-CA) was responsible for security lapses prior to the protest.

While the Jan. 6 committee was led and dominated by House Democrats, its findings were heavily influenced by two GOP members — most notably, Vice Chair Liz Cheney (R-WY).

Her fierce anti-Trump sentiment while on the panel and in other forums led to her decisive loss in a primary race earlier this year. As she approaches the end of her career in Congress, she has become a pariah within her own party while achieving star status across much of the mainstream media.

One liberal journalist, however, seems to share some of the same misgivings expressed by the GOP.

Glenn Greenwald, who has a reputation for being a pragmatic reporter despite his generally leftist ideology, weighed in on Cheney with a pair of recent tweets.

(For those who missed the news or forgot: the reason Liz Cheney is leaving the House is her own constituents voted against her, in favor of her primary challenger, by more tha 35 points, one of the most humiliating defeats a House incumbent ever suffered in US history).

Ahead of the committee’s final hearing on Monday, Greenwald offered a recommendation dripping in sarcasm.

“This might be your last chance to see the extraordinary, heroic, noble, inspiring High Priestess of Ethics and Democratic Values, Elizabeth Cheney, speak in the august Committee rooms of the House!” he tweeted. “Who would want to miss this?”

His remarks on this subject were just the latest evidence of his ability to criticize Democratic and mainstream media talking points.

In the final days of the 2020 presidential campaign, he resigned from The Intercept — a news outlet he co-founded — over claims that editors were censoring coverage of Hunter Biden’s laptop.